Following the application of a tourniquet, physicians withdrew blood using a number of instruments including a thumb lancet that might be carried in a small case, a single bladed spring-loaded lancet, or perhaps a multiple bladed scarificator. Fleams were knives containing blades of varying size, one of which was held over a vein and then struck with a fleam stick, a method preferred by veterinarians. Blood was collected in bleeding/barbers bowls, which were containers that sometimes had rings to measure the amount of blood withdrawn in ounces (a distinguishing feature from the rather common nineteenth century porringers). 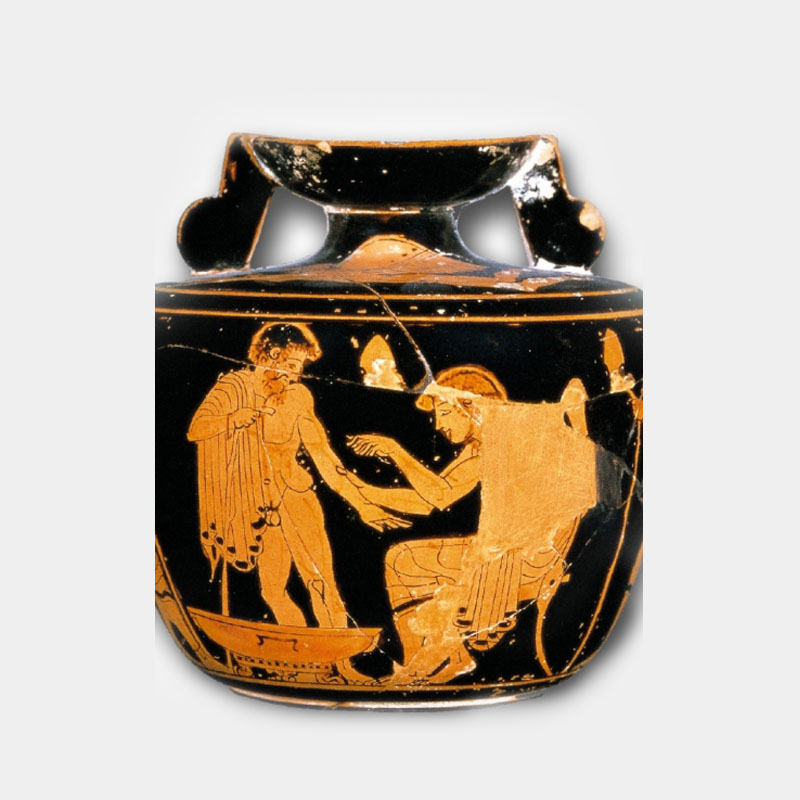 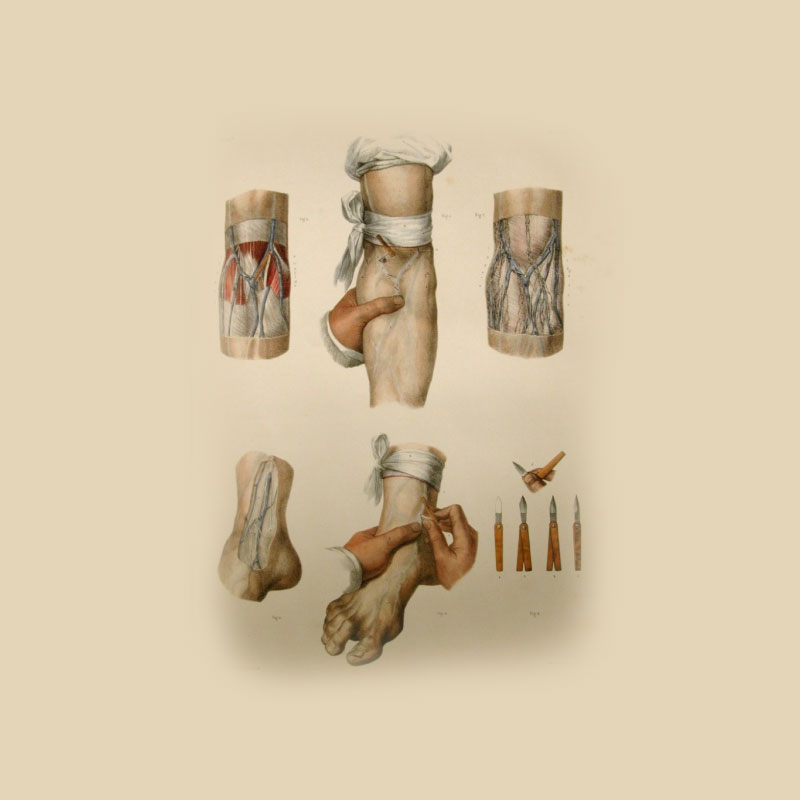 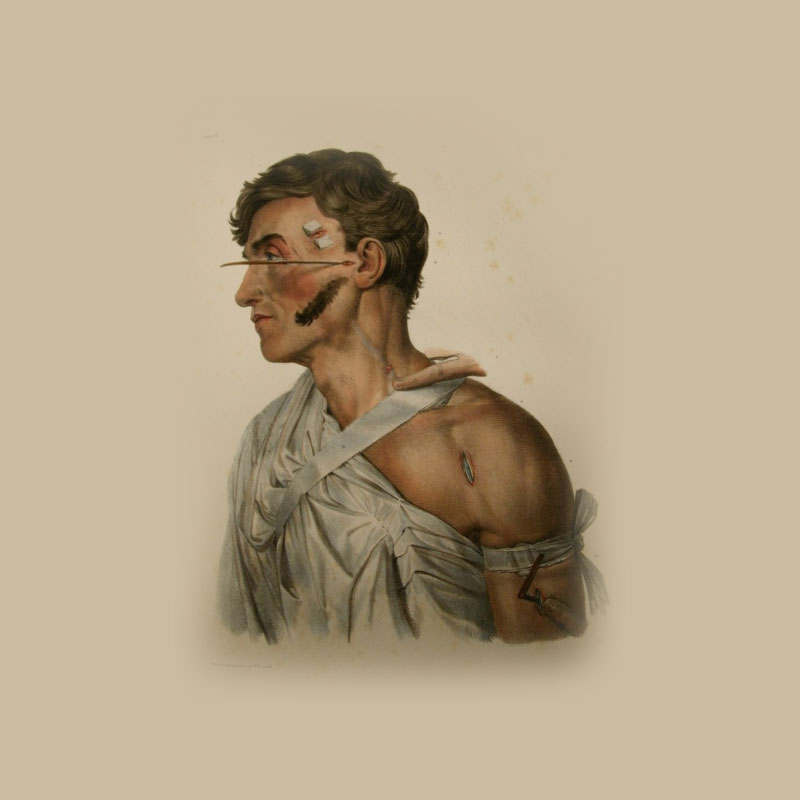 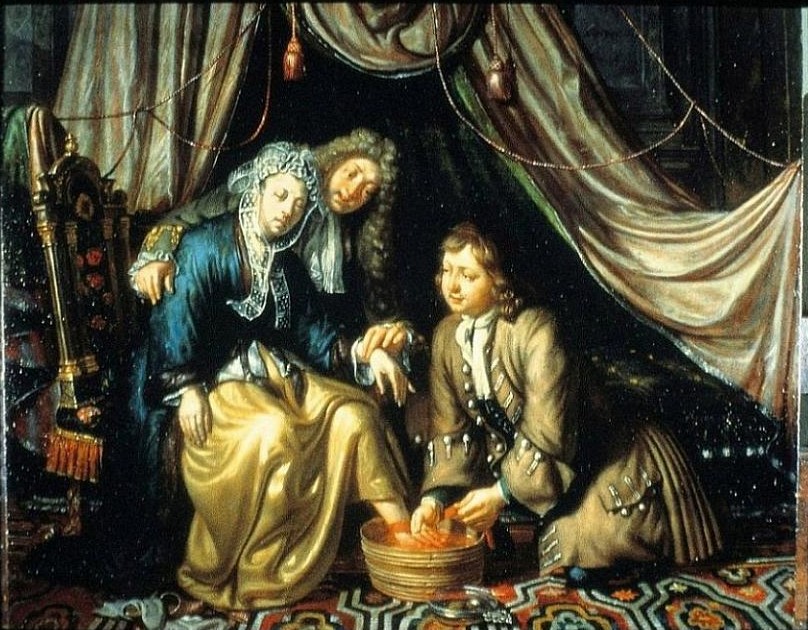 oil by Naiveu Matthijs (1647-1726)
a female patient having her pulse taken while being bled
, 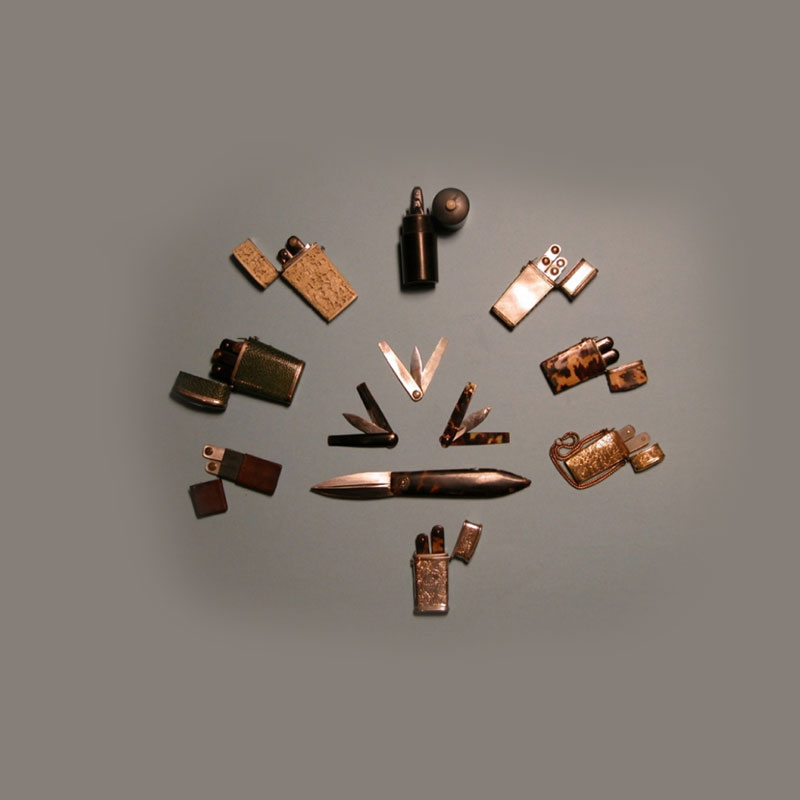 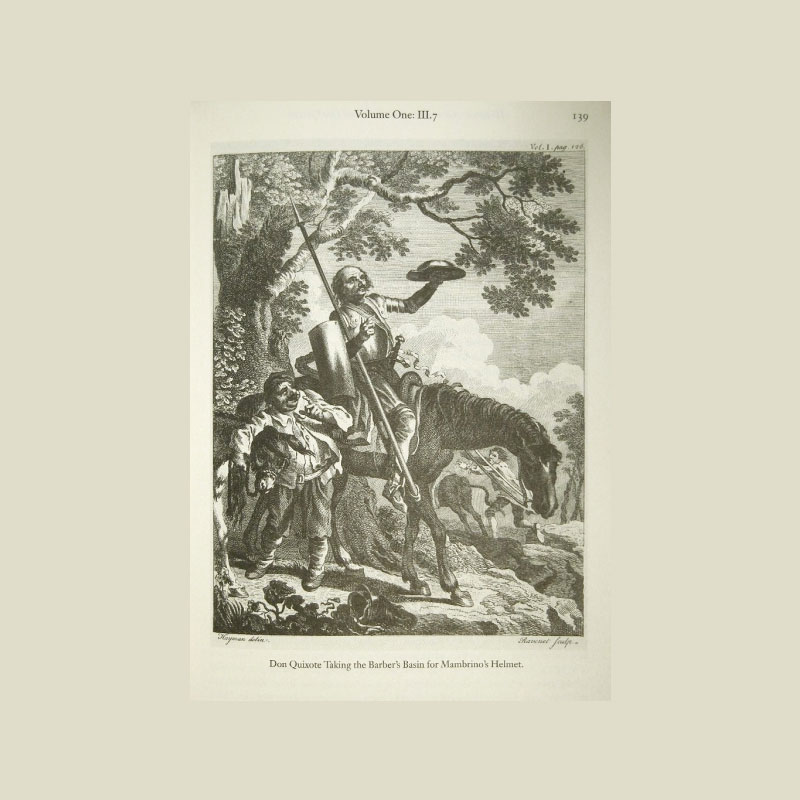 Don Quixote, engraving by Francis Hayman (1755)
Don Quixote wore a bleeding bowl as his "Helmet of Mambrino." Author Miguel de Cervantes (1547-1616) was the son of a surgeon and may have gotten the idea of using a bleeding bowl in his famous character’s costume from the time he spent with his father. George Washington in his Last Illness (ca. 1800), unknown artist
President Washington died within 24 hours of the onset of a sore throat (perhaps Haemophilas influenzae) despite the best efforts of his physicians, Drs. James Craik and Elisha Dick, who made the following statement in Times of Alexandria: “Some time in the night of Friday, the 13th inst., having been exposed to rain on the preceding day, General Washington was attacked with an inflammatory affection of the upper part of the windpipe, called in technical language, cynanche trachealis. The disease commenced with a violent ague, accompanied with some pain in the upper and fore part of the throat, a sense of stricture in the same part, a cough, and a difficult rather than painful deglutition, which were soon succeeded by fever and a quick and laborious respiration. The necessity of blood-letting suggesting itself to the General, he procured a bleeder in the neighborhood, who took from the arm in the night, twelve or fourteen ounces of blood...Discovering the case to be highly alarming, and foreseeing the fatal tendency of the disease, two consulting physicians were immediately sent for, who arrived, one at half past three and the other at four in the afternoon. In the interim were employed two copious bleedings...
, daguerreotype of a patient being bled (ca. 1859)
Vestiges of early bleeding can be seen today in barbershops since the barber pole is a symbol of early phlebotomy. Patients in early England would squeeze a pole to improve the flow of blood while they were being phlebotomized. The poles were subsequently stained red with blood, and when not in use, they were hung outside the door of barber-surgeons with the blood-stained white linen tourniquet wrapped around. This was the genesis of the red and white pole characteristically hung outside barbershops today.
Leeches Transfusion, Cupping, and Counterirritation